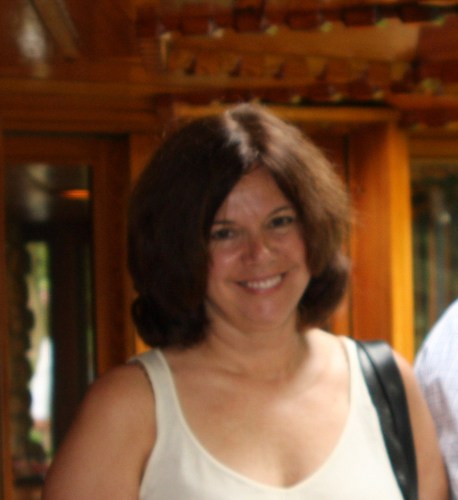 It’s got to be tough being against marijuana legalization these days. The last ten national polls in a row have shown majority support for legalization. Five states may legalize this November, led by California, where Prop 64 is getting 71 percent support in the polls. Majorities consistently agree that marijuana is safer than alcohol. Fear of marijuana use being risky is declining rapidly.

Yet there are still some die-hards out there, desperately fighting against the tide of history to maintain marijuana prohibition. They are sinking millions of dollars into their quixotic campaigns to defeat legalization and medical marijuana initiatives all across the country.

What motivates Schauer to fight the legalization of pot? Psychotic killers. No, seriously, Schauer, using her Twitter account @InAweOfArt, worries that marijuana legalization will lead to murder and mayhem.

@tomangell @learnaboutsam Something was very unhinged about that guy-don’t know his name–but his anger and rage were unbelievable.

@tomangell Legalizers should make statement about why so many murderers use pot. Changed brains? Or ‘caus pot allows killing w/ no remorse?

@tomangell You can’t hide behind cover of mellow pot users if 13% adults use it. Reporters are onto the pot connection-Robt Durst, Robt Dear

.
What can you say to someone like that? Clearly, the science that shows marijuana users to be mellow and non-aggressive isn’t going to convince her. It’s not worth the effort to explain the logic that a few murderers may smoke marijuana, but that doesn’t mean smoking marijuana makes you a murderer. Pointing out that the vastly more violence-causing drug, alcohol, is perfectly legal isn’t going to sway her.

The only “reporters” I know of who are “onto” the mythical connection between marijuana and mass murder is Christine Tatum, wife of Big Rehab doctor Christian Thurstone in Colorado, who is a founding board member of Project SAM. She’s been railing about the marijuana connection to every high-profile mass shooter, terrorist, or murderer that makes the news, going all the way back to the Boston Marathon Bombing of 2013.

Christine Tatum believes that if we could only eradicate marijuana, we could end terrorism (Image: Facebook)

It was Tatum who co-authored a four-part sky-is-falling series in the Colorado Springs Gazette last year that was soundly criticized in the Columbia Journalism Review for failing to disclose Tatum’s connection to Thurstone and Project SAM and her rabid anti-pot views.

Does Julie Schauer get her reefer madness from Christine Tatum? I suppose it doesn’t matter. What does matter is that you and I and all our liberty-loving friends get out and vote yes on marijuana reform initiatives, so Julie Schauer’s $1.3 million goes to waste.