Nixon’s Racist Drug War (Or: What Took Y’all So Long?)

The internet was ablaze this week with the bombshell that Richard Nixon’s War on Drugs was launched for racist and political purposes.

Dan Baum wrote an amazing cover story for Harper’s Magazine entitled “Legalize It All“. It leads with a quote from John Ehrlichman. He was President Richard Nixon’s domestic policy adviser and one of the Watergate co-conspirators who served time in prison for his crimes.

“The Nixon campaign in 1968, and the Nixon White House after that, had two enemies: the antiwar left and black people. You understand what I’m saying? We knew we couldn’t make it illegal to be either against the war or black, but by getting the public to associate the hippies with marijuana and blacks with heroin, and then criminalizing both heavily, we could disrupt those communities. We could arrest their leaders, raid their homes, break up their meetings, and vilify them night after night on the evening news. Did we know we were lying about the drugs? Of course we did.”

It’s interesting he refers to the Nixon campaign and the Nixon White House, which doesn’t necessarily mean Nixon himself, but rather the political operatives, like Ehrlichman, who surrounded him.

I don’t think Nixon vilified the hippies and the blacks so he could win elections or anything so calculating, though I’m certain his inner circle did. I think Nixon actually believed that hippies and blacks and Communists and gays and Jews were terrible threats to society and it was his duty as president of the United States to stop them in the name of national security.

Yeah, he was one of those true believer types. The evidence is all there in the Nixon White House Tapes. These archives, which were laboriously transcribed by Common Sense for Drug Policy, reveal a racist anti-Semitic homophobic cannabigoted Nixon at his worst:

RICHARD NIXON: “When will the marijuana one come out?”

RAYMOND SCHAFFER: “The marijuana will come out in March ‘72. In other words we are coming into the final phases of it now, we’ve had all of our public hearings. We have not, we have nine more informal hearings.”

RICHARD NIXON: “You’ve had all your public hearings already?”

RAYMOND SCHAFFER: “All of the public hearings, yes, and, uh, we’ve had, had, have had several informal hearings, we have nine more of those including one at, at federal college (?), Monday.”

RICHARD NIXON: “Hard to find anybody who isn’t on the stuff?”

RICHARD NIXON: “Now, this is one thing I want. I want a Goddamn strong statement on marijuana. Can I get that out of this sonofabitching, uh, Domestic Council?”

RICHARD NIXON: “I mean one on marijuana that just tears the ass out of them. I see another thing in the news summary this morning about it. You know it’s a funny thing, every one of the bastards that are out for legalizing marijuana is Jewish. What the Christ is the matter with the Jews, Bob, what is the matter with them? I suppose it’s because most of them are psychiatrists, you know, there’s so many, all the greatest psychiatrists are Jewish. By God we are going to hit the marijuana thing, and I want to hit it right square in the puss, I want to find a way of putting more on that. More [ unintelligible ] work with somebody else with this.”

RICHARD NIXON: “I want to hit it, against legalizing and all that sort of thing.”

RICHARD NIXON: “Well, let me tell you one thing that just happened here because it probably wasn’t, I’m sure it wasn’t in the press here, I had a press conference in California which was not televised, but, I was asked about marijuana because a study is being made by a, group, [unintelligible] the government. Now, my position is flat-out on that. I am against legalizing marijuana. Now I’m against legalizing marijuana because, I know all the arguments about, well, marijuana is no worse than whiskey, or etc. etc. etc. But the point is, once you cross that line, from the straight society to the drug society — marijuana, then speed, then it’s LSD, then it’s heroin, etc. then you’re done. But the main point is — well, well we conduct, well this commission will come up with a number of recommendations perhaps with regard to, [unintelligible] the penalties more, because [unintelligible] too far in this respect. As far as legalizing them is concerned, I think we’ve got to take a strong stand, one way or the other, and, uh.”

RICHARD NIXON: “Against legalizing. That’s the position that I take. Because I think if we legalized it, take the, then, then, your high school and elementary kid, well why not? It [unintelligible].”

“An awful lot of nations have been destroyed by drugs”

ART LINKLETTER: “And then of course, uh, um, I bear down mostly on marijuana because that’s the puberty rite today, and I really give them a lecture on marijuana. And you see, the big problem with marijuana–”

RICHARD NIXON: “I was asked about marijuana –”

ART LINKLETTER: “You should know this –”

RICHARD NIXON: “– two weeks ago in, uh, California, the, what do you say about this, I said well, we’re going to have a commission report, I said, [unintelligible] can be very clear, whatever it says, I’m against legalizing.”

RICHARD NIXON: “I said, now, as far as penalties are concerned, that’s something else, they should of course be uniform but we, I’m against legalizing, period. I think you’ve got to draw the line on the damn thing because–”

RICHARD NIXON: “– they say, well, it’s the same with booze. Well, maybe booze is bad, but the point is that, uh, you can, uh, uh, maybe booze can lead to marijuana, can lead to, speed, or uh, or LSD, can lead to heroin, so forth. But, basically, I mean, uh, I know, uh, another way to look at it is this, if I may say so, with regard to, if you get to a, a little more sophisticated audience who really care about destiny, and if you uh, [unintelligible] history, has ever been destroyed by alcohol. An awful lot of nations have been destroyed by drugs.”

“A person drinks to have fun”

RICHARD NIXON: Well, you know I suppose they could say that, alcoholics don’t think straight too, can’t they?”

ART LINKLETTER: “Yes. [unintelligible] Really. But, but another big difference between marijuana and alcohol is that when people smoke marijuana, they smoke it to get high. In every case, when most people drink, they drink to be sociable. You don’t see people –”

ART LINKLETTER: “They sit down with a marijuana cigarette to get high –”

RICHARD NIXON: “A person does not drink to get drunk.”

RICHARD NIXON: “A person drinks to have fun.”

RICHARD NIXON: “Smoke marijuana, er, uh, you want to get a charge –”

RICHARD NIXON: “– of some sort, you want to get a charge, and float, and this and that and the other thing.”

“Left-wingers are pushing dope… they’re trying to destroy us”

RICHARD NIXON: And let’s look at the strong societies. The Russians. God damn it, they root them out, they don’t let them around at all. You know what I mean? I don’t know what they do with them. Now, we are allowing this in this country when we show [unintelligible]. Dope? Do you think the Russians allow dope? Hell no. Not if they can allow, not if they can catch it, they send them up. You see, homosexuality, dope, immorality in general: These are the enemies of strong societies. That’s why the Communists and the left-wingers are pushing the stuff, they’re trying to destroy us.”

RICHARD NIXON: “But, nevertheless, the point that I make is that God damn it, I do not think that you glorify on public television homosexuality. The reason you don’t glorify it John anymore than you glorify, uh, uh, uh, whores. Now we all know people who have whores and we all know that people are just, uh, do that, we all have weaknesses and so forth and so on, but God damn it, what do you think that does to kids? What do you think that does to 11 and 12 year old boys when they see that? Why is it that the Scouts, the, why is it that the Boys Clubs, we were there, we constantly had to clean up the staffs to keep the Goddamned fags out of it. Because, not because of them, they can go out and do anything they damn please, [unintelligible] all those kids? You know, there’s a little tendency among them all. Well by God can I tell you it outraged me. Not for any moral reason. Most people are outraged for moral reasons, I, it outraged me because I don’t want to see this country go that way. You know there are countries — You ever see what happened, you know what happened to the Greeks. Homosexuality destroyed them. Sure, Aristotle was a homo, we all know that, so was Socrates.”

JOHN ERLICHMAN: “He never had the influence that television had.”

RICHARD NIXON: “Do you know what happened to the Romes, Romans? The last six Roman emperors were fags. The last six. Nero had a public wedding to a boy. Yeah. And they’d [unintelligible]. You know that. 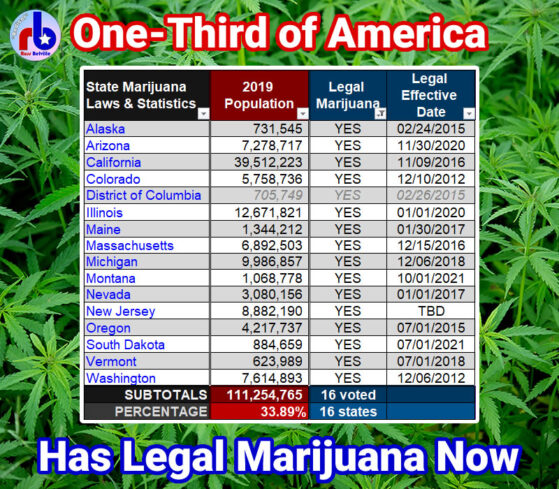