WASHINGTON, D.C. – The DEA has still not made a decision on rescheduling marijuana, but tells Denver’s The Cannabist that the agency is “closer than we were a month ago.” DEA made headlines early last year when they hinted that a decision on rescheduling would be made by the end of the first half of 2016. When July 1st came with no decision, DEA pushed the supposed decision date back to August 1st. Now DEA spokesman Russ Baer tells The Cannabist that “I can’t give you a time frame as to when we may announce a decision.” The Dept. of Health & Human Services in April submitted its scheduling recommendation to DEA, leading DEA to reach out to the FDA and NIDA for other opinions. The recommendation by HHS has not been made public.

ROME, Italy – After Monday’s initial discussion of a bill to legalize marijuana in Italy, debate will continue in September, where the measure faces over 1,300 amendments filed by the opposition. The proposal, backed by Prime Minister Matteo Renzi’s Democratic Party, would legalize personal possession of 5 grams of marijuana and home possession of 15 grams and cultivation of 5 plants. Collectives of up to 50 growers would be legal, but private sales forbidden. State-licensed growers would supply a state-run system of cannabis sales. Opponents of the measure include the Roman Catholic Church. Pope Francis has consistently opposed liberalization of drug laws, telling a reform conference in 2014 that “Attempts, however limited, to legalize so-called ‘recreational drugs’, are not only highly questionable from a legislative standpoint, but they fail to produce the desired effects.” Deputy Maurizio Lupi, an opponent in Parliament oppose the measure because it “[sends the message] that anyone can freely smoke a spliff.”

BOSTON, Massachusetts – Four years after passing their medical marijuana law, residents of Boston have their first medical marijuana dispensary. Patriot Care on Milk Street will be the seventh dispensary to open in the Commonwealth. The other dispensaries are located in Ayer, Brockton, Brookline, Lowell, Northampton, and Salem, which opened the Commonwealth’s first dispensary in June of last year. Massachusetts dispensaries sell almost 13,000 ounces monthly to over 27,000 registered patients.

SPRINGFIELD, Illinois – State officials have released figures showing that sales of medical marijuana have reached $2.9 million for the month of July. In the nine months since sales began in November, there has been $16.3 million sold throughout Illinois. There are now almost 9,000 registered patients and 40 dispensaries operating in the state. Last month the governor extended the pilot program to the year 2020. He also signed legislation adding PTSD and terminal illnesses to the qualifying condition list, which will doubtlessly increase patient rolls and dispensary sales.

BOSTON, Massachusetts – The campaign against marijuana legalization in Massachusetts have announced that a bi-partisan group of 119 state legislators are opposed to measure. That represents more than half of the 200-seat legislature. But two city officials, City Council President Michelle Wu and Councilor Tito Jackson, are endorsing the measure, putting them at odds with Boston Mayor Marty Walsh, who is opposed. “It just seems ridiculous that kids at Harvard can smoke pot and have incredibly successful careers while blacks and Latinos, particularly men and boys, who are using the same substance are sent to jail,” Wu told the Boston Globe.

ANCHORAGE, Alaska – An outgoing official involved with the legalization process in Alaska says the state isn’t “really serious about making this happen”. Bruce Schulte was removed from the five-member Alaska Marijuana Control Board on Friday by Gov. Bill Walker. Schulte had previously served as the board’s chair, but was demoted from that position earlier this year. “There’s an underlying agenda to subvert the process,” says Schulte, “to delay the implementation of a legalized marijuana industry.” A spokesperson for the governor denied the allegations, saying instead that Schulte was terminated simply for performance reasons.

STATE COLLEGE, Pennsylvania – The Borough Council in State College, home to Penn State University, voted to treat personal marijuana possession as a civil violation, removing the threat of arrest and criminal records. The new rule passed in a 5-2 vote Monday. The rule treats possession of up to 30 grams of cannabis or 8 grams of hashish as a municipal summary offense. The fine for the marijuana infraction will be $250, with a $350 for public use.

LOGAN, Ohio – Residents of the Ohio city of Logan, a small town of roughly 7,000 residents an hour’s drive southeast of Columbus, will vote on marijuana depenalization this fall. Officials with the Hocking County Board of Elections certified enough valid signatures from a group called Sensible Logan to place the measure before the voters. Last year a similar ordinance lost with just 43 percent of the vote. Logan voters may repeal municipal codes criminalizing possession and cultivation of cannabis. The new law would treat possession of up to 200 grams as a minor misdemeanor and over that amount as a fifth-degree felony, but neither charge would carry fines or prison time. These crimes would remain a part of one’s permanent record, however. 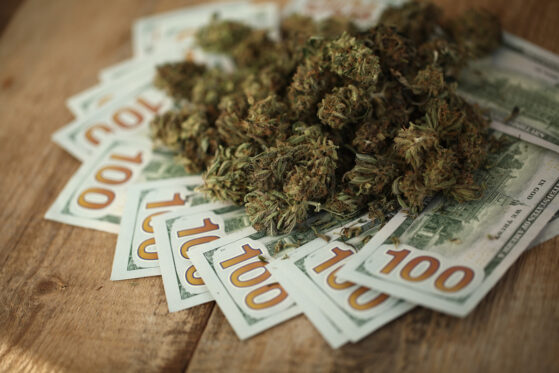 NSA “Blurring the Lines” Between Wars on Terror and Drugs