SAIPAN, Northern Mariana Islands – American voters are deciding on marijuana legalization in California, Arizona, Nevada, Massachusetts, and Maine this election. We may also get the chance to pass legalization in the Commonwealth of the Northern Mariana Islands, a US territory just southeast of Japan. Senator Sixto K. Igisomar pre-filed a bill that would legalize medical and recreational marijuana in one fell swoop, becoming the first US jurisdiction to do so. Nearby Guam, another US territory, legalized medical marijuana in 2014, but the Mariana Islands remain under complete prohibition of cannabis. If the election commission approved the bill by next Wednesday, voters there will decide in November, 2016. If the bill is approved after Wednesday, the vote wouldn’t come until the November, 2018, election.

MINNEAPOLIS, Minnesota – Today, pain patients in the state of Minnesota are now legally able to acquire medical marijuana products at dispensaries. The state’s medical marijuana program was begun in 2014, but it took a year before legislators added chronic pain as a qualifying condition, and that law goes into effect today. Over 500 pain patients have already registered in July, the first month they could join the program. Patients may acquire their medicine at eight dispensaries located throughout the state. However, Minnesota law does not allow patients to use the herbal form of cannabis. Only non-smokable oils, tinctures, and edible preparations of cannabis are available.

HARRISBURG, Pennsylvania – Following a high-profile overdose case that sickened 33 people in Brooklyn, authorities in Pennsylvania are blaming synthetic pot for overdoses that have sickened 20 people in Harrisburg. Dauphin County District Attorney Ed Marsico states that a synthetic branded as “Darkness” has sent its users to the emergency room with symptoms like advanced delirium, including one patient who had to be housed in intensive care. Synthetic cannabinoid use is up across the country, since it is cheap, widely available, and doesn’t cause a positive result on workplace and probation drug tests. Pennsylvania’s new medical marijuana program doesn’t allow patients to use herbal marijuana and penalties for herbal marijuana possession still include jail time and a criminal record everywhere but Philadelphia and Pittsburgh.

HOLYOKE, Massachusetts – The mayor of Holyoke has become the first mayor in Massachusetts to endorse the initiative legalizing marijuana that appears on the November ballot. Mayor Alex Morse said in a statement that “I could no longer tolerate a system that results in disproportionate arrests of African-Americans and other minority groups and, frankly, has failed for decades to limit the availability of marijuana.” Mayor Morse is opposed by Commonwealth’s governor, Charlie Baker, its Speaker of the House, Robert DeLeo, its Attorney General, Maura Healey, and the mayor of Boston, Martin Walsh. All those politicians but the governor are Democrats. Morse’s support is in step with his demographic; at age 22, Morse was elected as mayor and has now served three two-year terms, and millennials like Morse overwhelmingly support legalization. Healey and Walsh are in their mid-40s and DeLeo and Baker are in their early-60s.

ALEXANDRIA, Virginia – SAM Action, the non-profit 501(c)(4) affiliate of Project SAM, Smart Approaches to Marijuana, co-founded by a former Obama Administration drug policy advisor Kevin Sabet, announced today a fundraising milestone of more than $2 million dedicated to defeating marijuana legalization and medical marijuana measures on the ballot in seven states. The multimillion dollar commitment represents the single largest fundraising amount ever dedicated to fighting the legalization of non-medical marijuana via ballot initiative. Project SAM claims that none of the $2 million was donated by corporations, corporate interest groups, or people acting on their behalf.

What Happens to Medical Marijuana in a Legalized Nation 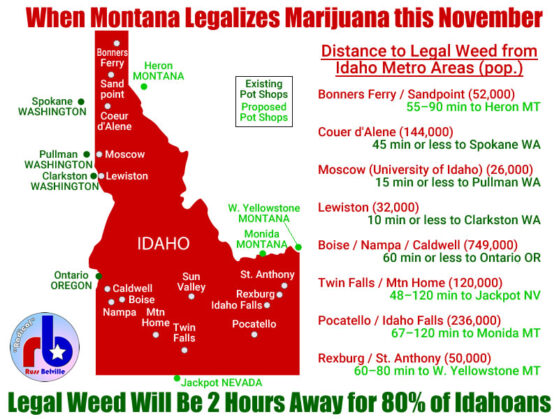 No on I-502 Flashback Part 2: It Will Set the Stage For Bad Legalization