OK, maybe not you. But this week I learned that Twitter thinks I may have a a problem with substance use.

While preparing my live podcast the other day, I was trying to find a tweet from Congresswoman-elect Cori Bush of Missouri. She made a strong proclamation of her support for marijuana legalization and I wished to quote it verbatim for the news.

I typed “Cori Bush marijuana” into Twitter’s search form and received this message from Twitter in return:

“Help is available,” Twitter informs me, repeating the message en Español, to the delight of that dwindling section of my brain that remembers lessons in bilingual grade school.

Help with what, I wonder, finding quotes on drug policy from prominent leaders?

Seems a bit presumptuous of Twitter to think I have a problem because the word “marijuana” was in my search.

But Not a “Cannabis” Addict

What does it think of “cannabis?”

Searching for “Cori Bush cannabis” found me the quote I was looking for, without any admonition from a social media behemoth about my personal activities.

You probably know already what I did next.

Searching for “alcohol” brings up numerous tweets about alcohol, but no concern from @Jack and the crew that I might be an alcoholic.

Maybe it’s just the slang terms? But no, searches for “booze,” “hooch,” “moonshine,” and “liquor” brought no warnings about my potential problem. I even tried searching for “binge drinking,” “get blackout drunk,” “get wasted,” and “butt chugging vodka,” but nothing I tried elicited the response I got for trying to find Cori Bush’s quote about marijuana.

Twitter’s Only Worried About Some Drugs

I began wondering what other drugs Twitter might be concerned I’m abusing if I look into their public policies?

Then I searched for “Cori Bush LSD,” referencing the hallucinogen commonly known as acid. No warning at all.

Cocaine is a Schedule II drug, considered by the government to have medical uses, unlike marijuana. “Cori Bush cocaine” gets me the warning.

But “Cori Bush amphetamines,” referencing another Schedule II drug, gets me no warning.

Lesson Learned? No Speedballs, No Oxy, and Call Weed “Cannabis”

I considered that maybe Twitter has just been monitoring my feed for twelve years, so I made sure to try all these searches in an incognito browser with a burner account of mine. You can try them for yourself.

I don’t have a problem with the presentation of info to help people with drug problems. I do have a problem with singling out some of those drugs while giving others a pass. It strengthens the cultural frames around “drugs of abuse” and “hard drugs.” And Twitter flagging “marijuana” while letting “cannabis” pass smacks of class and race stereotypes of who are the problematic marijuana consumers.

National Drug Policy Funders to Idaho: You’re On Your Own 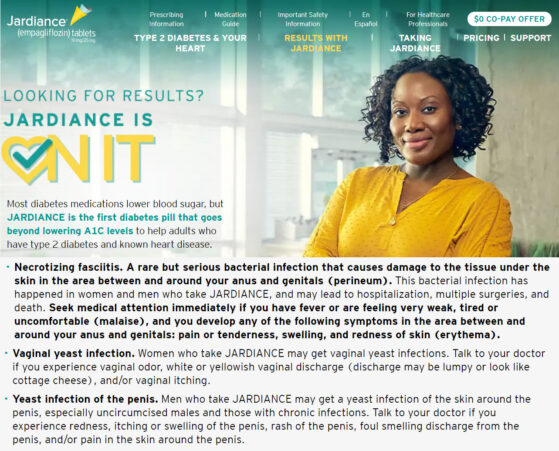