As legalization rolls out in Colorado, we’re facing public relations issue that we must deal with effectively. Failure to show the public we’re serious about regulation of marijuana use will force the next states attempting legalization to be more restrictive (see: California medical marijuana versus the medical marijuana states that followed).

One of these issues is products infused with marijuana, the medicated edibles or “medibles”. As more stories pour in about children and some adults mistaking medibles for unmedicated products and eating far more than a recommended dosage, some of the public that was barely supportive of marijuana legalization becomes a bit more wary.

7NEWS in Denver aired a ridiculous scare story this week where children were placed in front of a plate containing medicated cookies and medicated candy placed alongside unmedicated versions. Unsurprisingly, the children couldn’t tell the difference between, say, a medicated gummi bear and a non-medicated gummi bear, leading the shocked news anchors and parents to fear the results of marijuana legalization.

Unsurprising, because according to 7NEWS, “The cookies remained in their individual wrappers, but the gummies were removed from the child-resistant bottle that came from the dispensary. The chocolate ‘dixie’ rolls that resemble Tootsie rolls remained on their foil wrapper, but the wrapper was opened in order for the child to see the product.”

Well, that doesn’t seem quite fair, does it? The marijuana industry agrees to protect children by putting medibles in packaging that clearly distinguishes it as medicated, but when you remove those protections, the kids are at risk? Tell us, how many kids die in car wrecks if they’re not in a safety seat and how that means we should ban kids in cars?

7NEWS further exposed their shameless distortion by explaining, “The children could not differentiate between the sweets, but quickly identified bottles of wine and prescription medicine. They understood that those were ‘grown-up’ items that they were not allowed to touch.” Interesting. Now, how do you suppose that experiment plays out if, like the gummis and Dixie rolls, we pour the wine into a sippy cup alongside a sippy cup of grape juice and we dump out the prescription pills alongside some M&Ms and Tic-Tacs?

Naturally, the parents watching this experiment were horrified when their children consistently chose medibles as something good to eat. 7NEWS explained that the “kids made choices based on what appeared most like a sweet they had eaten before,” leading one parent to ask, “Why does it have to look so much like something that’s enticing to kids?”

Colorado Rep. Frank McNulty has responded with HB 1366, which would require “edible retail marijuana products to be shaped, stamped, colored, or otherwise marked with a standard symbol indicating that it contains marijuana and is not for consumption by children.” A standard symbol that would quickly and visibly indicate to anyone young and/or illiterate that a product was infused with marijuana? If only there were such an icon, instantly recognizable across cultures, ages, and languages, that was synonymous with marijuana…

Currently the Marijuana Enforcement Division only requires one big prominent graphic to be featured on marijuana product labeling. It is an icon for the division that contains the words “Retail Marijuana Product” but no pot leaf. Packaging has to contain warnings that it is infused with marijuana and is not for children, but all in text that no young child is ever going to read or understand.

Generally, as marijuana regulation both medical and recreational has been evolving, there has been a misguided fight to ban the iconography of the cannabis leaf. Legislators hurriedly craft regulations to ban the use of advertising, signage, and labeling that includes the pot leaf for the fear that it entices kids. That seems to me the opposite of what should be done when the pot leaf is as recognizable a brand image as the McDonald’s Golden Arches or the Nike Swoosh.

Do the obvious and sensible thing, Colorado, and require any product containing marijuana to display pot leaf superimposed upon it. Place it on the packaging, stamp it onto the chocolate bars, and mold the cookies and gummis into pot leaf shapes. Then craft a public relations campaign similar to the “Mr. Yuk” poison control campaign of the 1980s that teaches kids they’re not to touch “Mr. Leaf”. Don’t reject the powerful brand image of the pot leaf – utilize it! 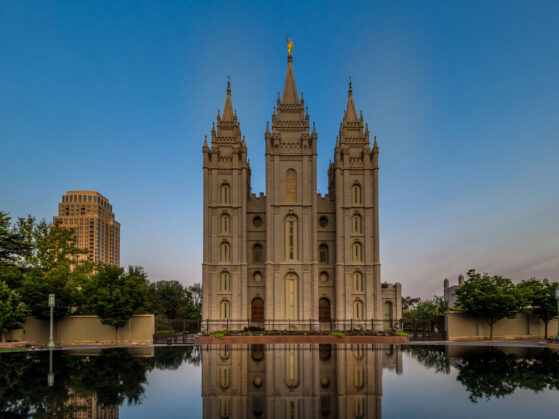