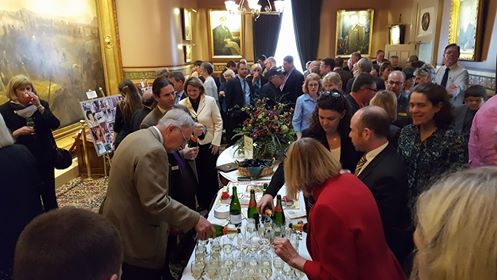 This week there was legislative debate concerning the potential legalization of marijuana in Vermont.

The Vermont Senate had passed a bill that legalized marijuana and created a commercial system of grows and retail shops. But it did not include the right for Vermonters to home grow.

The Vermont House, in various committees, rejected the idea of a commercial system, but embraced the idea of legalizing home grows. Then they didn’t. Then it was just decriminalization of home grows – they’re still illegal, but you only get fined if you’re caught and you lose your plants.

Finally, Vermont legislators decided they would just form a committee to study the idea of legalizing marijuana in the Green Mountain State, because it’s still 2011 there and nobody has ever legalized marijuana.

However, the Vermont legislature punting on marijuana legalization was not the most offensive thing; getting a state to pass a bill to legalize isn’t going to be easy.

The most offensive thing was that in between session of arguing about legalizing a relatively benign drug, the legislators were treated to rounds of a drug far more harmful.

Matt Simon has been working to legalize in Vermont for years and he posted the above photo of Vermont legislators being served up glasses of champagne between their debates on marijuana legalization.

The hypocrisy was also noted by Neal P. Goswami, the chief of the Vermont Press Bureau:

The telling thing about these images is the completely relaxed body language of everyone pictured. Look at those smiles! They know they’re being photographed while taking drugs in the State House and there’s not a hint of shame or embarrassment.

Because to them, they’re not taking drugs. They’re drinking.

This is a cultural blind spot that dates back over four decades. In a conversation recorded in the Nixon White House, TV personality Art Linkletter and President Richard Nixon illustrated this hypocrisy perfectly:

ART LINKLETTER: “Yes. [unintelligible] Really. But, but another big difference between marijuana and alcohol is that when people smoke marijuana, they smoke it to get high. In every case, when most people drink, they drink to be sociable. You don’t see people –”

ART LINKLETTER: “They sit down with a marijuana cigarette to get high –”

RICHARD NIXON: “A person does not drink to get drunk.”

RICHARD NIXON: “A person drinks to have fun.”

RICHARD NIXON: “Smoke marijuana, er, uh, you want to get a charge –”

RICHARD NIXON: “– of some sort, you want to get a charge, and float, and this and that and the other thing.”

See? Those legislators aren’t drinking champagne for the effects of the alcohol. No, no, it’s just to be sociable and have fun. Those aren’t effects of alcohol, you see, sociability and fun just coincidentally occur when groups of people are drinking alcohol.

Vermont taxpayers, not only do you get to continue to pay for the prosecution of marijuana consumers, but you also get to pay legislators to drink on the job!

Since the legalization of marijuana in US states, it’s not the children who are greatly increasing their marijuana use.

When science proves a medication to occasionally cause fatal taint rot, why, that’s just a side effect we mention in a calm, quick voice while we distract you with pretty pictures. After all, it’s FDA approved!

With the passage of recreational marijuana legalization in four more states and medical marijuana in two more, there are now 15 legal states and 36 medical states.

Now can we hope Joe Biden will support legalization that four-out-of-five Democrats and 55% of the people his age support?

Get the Latest from Russ

Subscribe to the Radical Writ, the email newsletter of RadicalRuss Radio. It’s free, I don’t share your info with anybody, and you can unsubscribe easily at any time.

RadicalRuss Radio by Russ Belville is licensed under CC BY-NC-SA 4.0