PrevPreviousAre You Going To Be A Parasite Or A Social Engineer
Next2016: The Year of MarijuanaNext

I’m in Arlington, Virginia, covering the Drug Policy Alliance’s biennial International Reform Conference. There are over 1,500 attendees from 71 countries here, attending dozens of panels and meetings, examining dozens of activist organizational displays, and meeting one another in an invaluable networking opportunity.

But the Reform Conference is all about reform on a broader global scale. You’ll find the folks from DanceSafe, advocating harm reduction policies for festival-goers, like instructions on staying hydrated, providing free hearing protection, and education on popular club drugs, their side effects and treatment options. You’ll find a mock-up of a clean needle injection site for heroin addicts. You’ll find MAPS talking about application of hallucinogens for recreational and medical purposes.

But it’s also about marijuana. One panel discussed the options for legalization in California. In another panel, Ian James, the architect of the failed Issue 3 in Ohio, admitted his mistakes in using the Buddie mascot and creating a grow oligopoly, vowing his next attempt to legalize in 2016 will be “the most free-market legalization yet.” Still another panel featured DPA’s Bill Piper, MPP’s Rob Kampia, and Washington ost’s Christopher Ingraham, plus two staffers from the offices of Reps. Dana Rohrabacher and Earl Blumenauer, discussing the future of marijuana reform at the federal level.

There is also crossover from the drug reform world to other areas of social justice and harm reduction. A breathrough town hall discussion was held last night with founders of the #BlackLivesMatter movement to discuss how their agenda and the drug reform agenda overlap and complement one another. There were advocates for sex workers and for LGBTQ youth of color and medical marijuana patients and every ethnicity and nationality you can think of. A few of the panels are entirely in Español and many offer Spanish translation services; we have many delegates here from Latin America and South America.

Our opening plenary session featured impassioned speeches from two formerly-incarcerated individuals who were imprisoned by our War on Drugs. First was Kemba Smith-Pradia, an African-American woman from Virginia. “I thought like some of the other college girls that what he did was his business and I was just going to school,” she explained. “The government stated that I never handled, sold, or used the drugs in the case, in the hopes by having me in custody they could eventually get to him.”

That was enough to get her wrapped up in drug conspiracy charges that prosecutors then used as leverage against her boyfriend. He ended up murdered, so he never paid for his crimes, but Kemba, with nothing to offer the court, was sentenced to 24 years in prison. She was granted clemency by President Clinton in December 2000 after serving six years.

Next was Jason Hernandez, a Latino from Texas. He was a crack cocaine dealer and ended up getting sentenced to life plus multiple 20- and 40-year sentences thanks to the crack/powder disparity, where 5 grams of crack used to carry the same sentence as 500 grams of powder cocaine. Pharmacologically, they are exactly similar – cocaine is cocaine – but demographically, powder is used by affluent white people and crack is used by poor people of color. Jason was granted clemency by “a man who I love like a father to me”, President Obama.

Both Kemba and Jason described something she called “survivor’s guilt” for being fortunate enough to be granted clemency. “There’s nothing that can describe what I felt on that day of clemency,” Jason continued. “But the one feeling I will never forget is that I had to return back to my cell and look at my friends who were still serving life without parole, and to tell them that I was going home. It was one of the hardest things I’ve ever had to do. And though they were grateful and happy for me, and told me ‘don’t worry about it,’ that one day, they would get their chance. In the back of my mind I knew that the percentages were that they were going to die right there in that cell that I was standing in with them.”

Those sentiments were echoed by Jeff Mizanskey, a white man from Missouri who I was fortunate enough to interview on my live CannabisRadio.com show from the convention floor. Jeff was sentenced to life in prison without parole for his third non-violent marijuana offense, thanks to an odious three-strikes law in Missouri. He’s free after 20 years in prison following a news story on his case that went viral combined with a concerted lobbying effort that finally convinced Gov. Nixon to commute his sentence.

When you hear the words of formerly incarcerated drug war POWs, it can’t help but energize you in your activism. We won’t stop until nobody ever suffers such a devastating loss of liberty again. 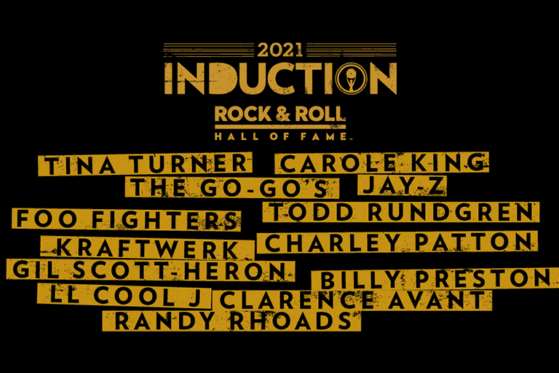