The latest report from the Substance Abuse Mental Health Services Administration (SAMHSA) details the extent of drug rehabilitation in the United States. Rehabs that receive government funding must report to the Treatment Episode Data Set, which includes Admissions (TEDS-A) and discharges (TEDS-D).

The TEDS-A report is out for 2003-2013, containing the most recent data on admissions to drug rehab. It spells out what we’ve all known for a long time – Big Rehab cannot survive without marijuana prohibition. 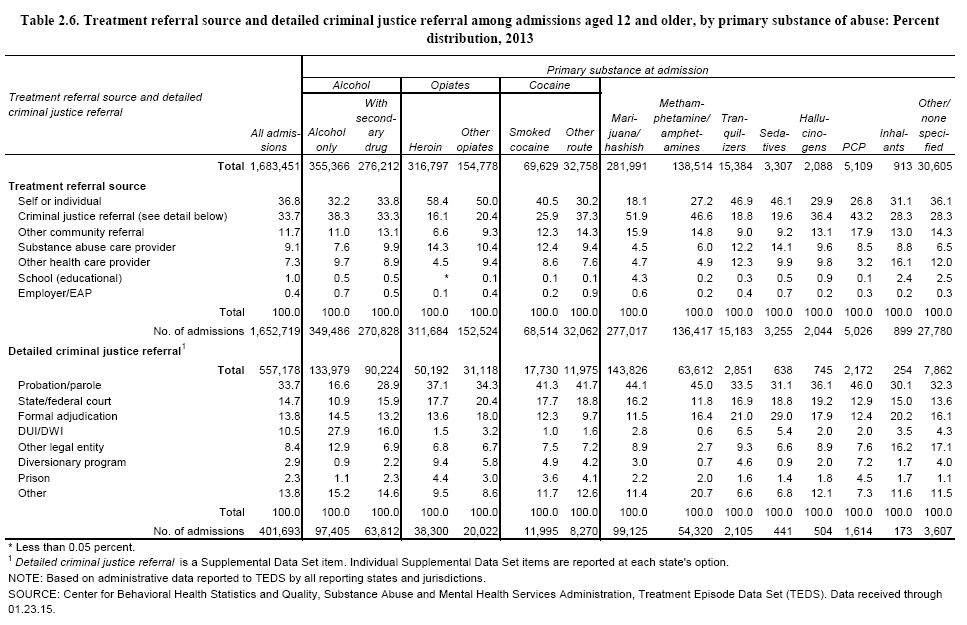 I’ve long reported that most of the people admitted to rehab for marijuana are forced their by the criminal justice system. Tom Angell notes that the 2013 figure for marijuana admissions shows that 51.9 percent are forced there by the criminal justice system, including parole and probation officers as well as the courts and prisons. Only 18.1 percent feel they have enough of a drug dependence issue to admit themselves for marijuana rehab, compared to over 37 percent who admit themselves for other drugs. 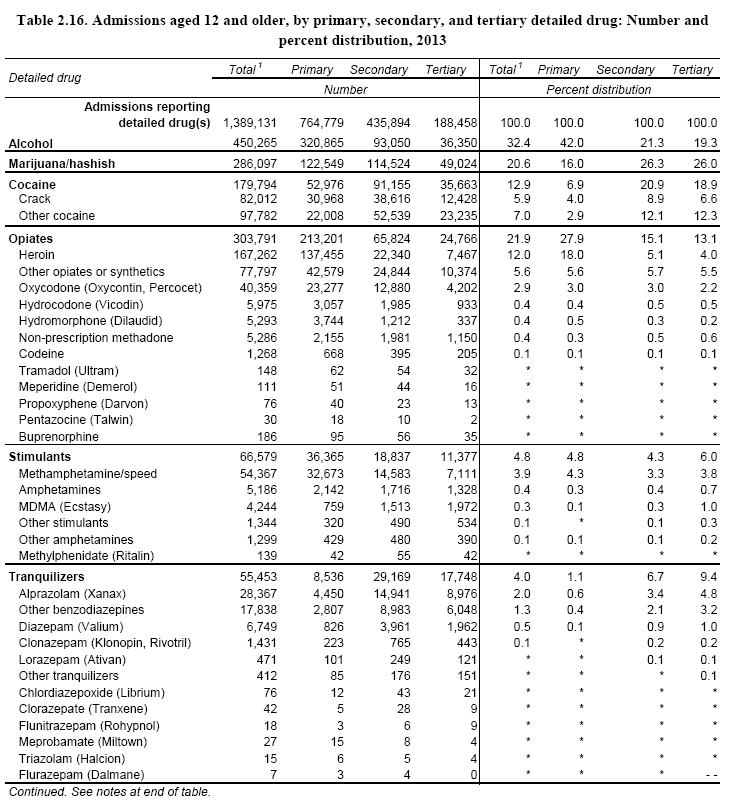 Marijuana admits make up 20.6 percent of all admissions, so the criminal justice system placing over half the marijuana users into rehab works out to over one-in-ten people in rehab who are forced there for pot, taking up a bed a real heroin, crack, meth, or alcohol addict should have. 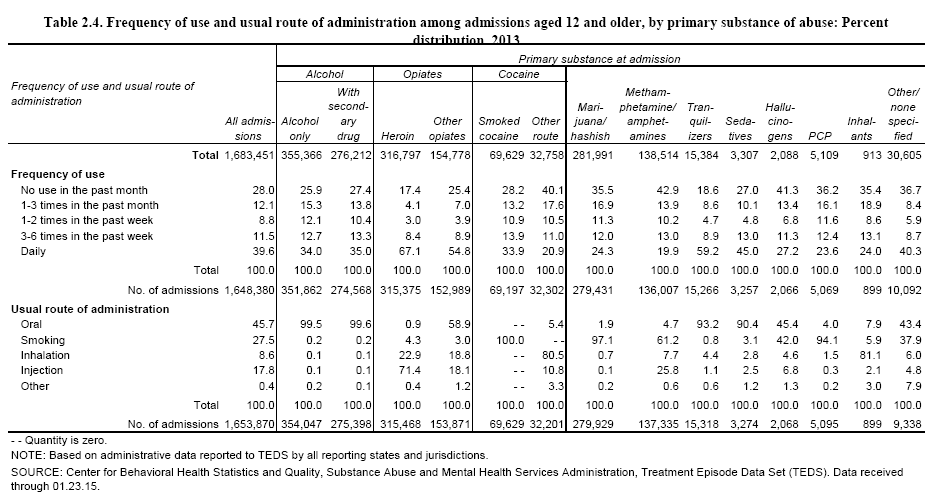 Consider that these are the data from rehabs that receive public money. In order to receive these grants, the rehabs have to show they’re accomplishing some measure of rehabilitation. How much simpler is that when one-in-five of your clients is a pot smoker, half of them don’t even toke weekly, and then you threaten them with jail if they don’t pass a pee test? These non-addicted individuals can go without weed and appear to be cured from their “addiction” far easier than creating a success story for an opiate-addicted individual. 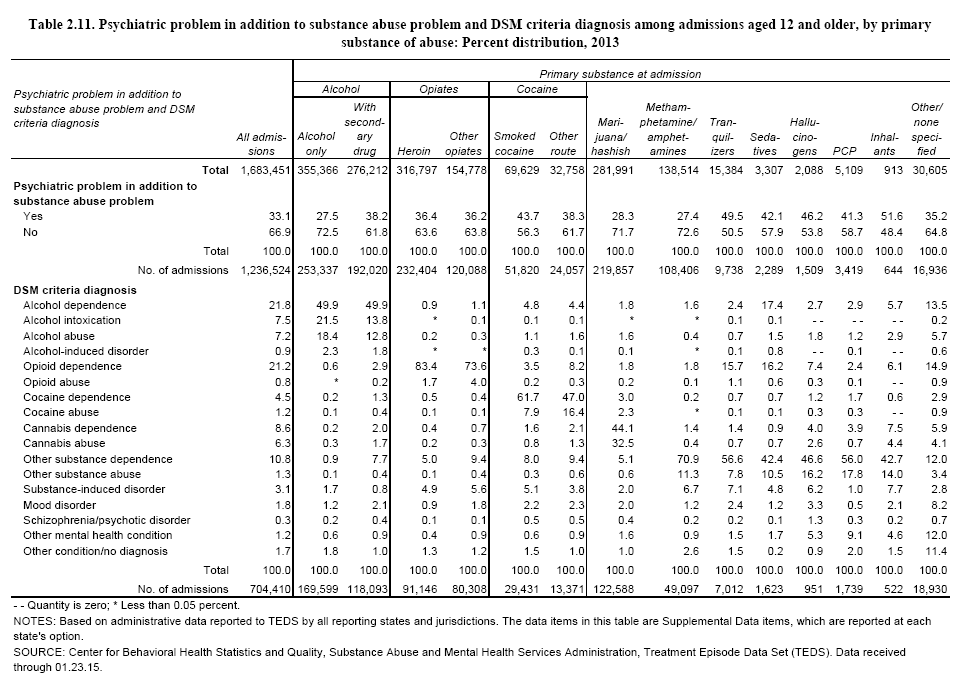 Rehabs, though, don’t categorize their marijuana clients as being non-addicted. According to TEDS-A, 76.6 percent of marijuana rehabbers meet the criteria for substance abuse or dependence, even though over half aren’t even weekly tokers. But TEDS-A also says that only 69.6 percent of crack cocaine rehabbers meet those criteria. Are we really supposed to believe that a pot smoker is more likely to be an addict than a crack smoker? 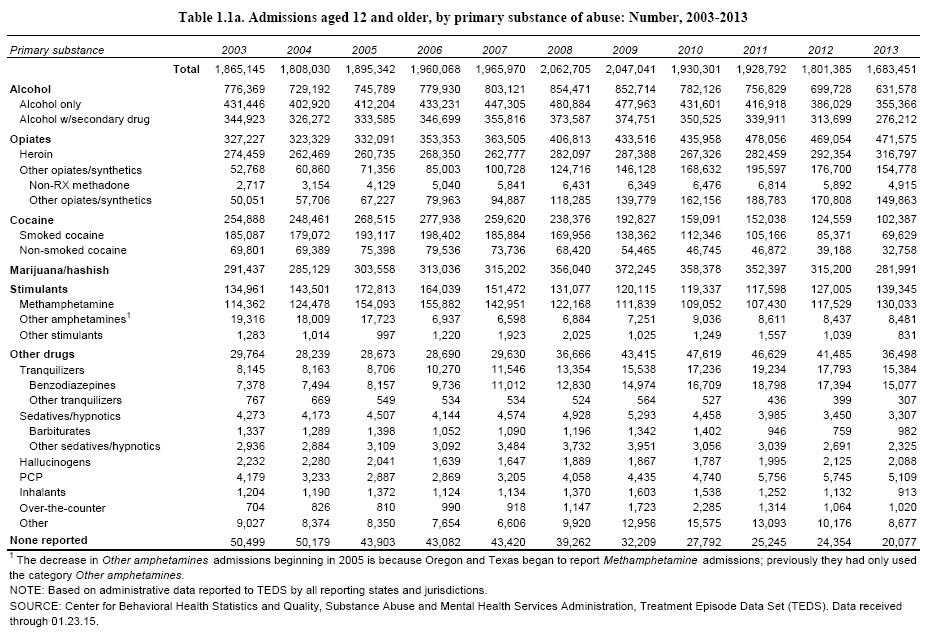 Marijuana legalization, medicalization, and decriminalization may be having an effect on Big Rehab’s client count. After peaking at over 372 thousand admissions in 2009, primary marijuana admissions dropped to 358 thousand in 2010, 315 thousand in 2012, and are down to 281 thousand in 2013. That includes almost 18 percent fewer 12-to-17-year-olds admitted to rehab, as well as declines in every age demographic but people over age 55.

It’s a start, but only when marijuana is legal nationwide will we see realistic numbers on how many people truly need medical assistance in ending marijuana dependence. It’s not like users of legal drugs won’t seek rehab when they need it, as evidenced by the one-third of alcohol rehabbers, two-fifths of crack rehabbers, and three-fifths of heroin rehabbers who self-admit, according to TEDS-A.