Last month, the Drug Enforcement Administration (DEA) placed the active ingredients of kratom, an herbal substance with opiate-like pain killing effects, into an emergency temporary Schedule I status. Kratom is derived from a tree native to Southeast Asia and has been sold in head shops without much fanfare for years. Now stores have until the end of this month to remove the now-illegal drug from their shelves.

But the placement of kratom in a temporary Schedule I defies the DEA’s own criteria for such illegal drugs. There is no evidence that kratom is a drug with the serious addictive qualities to “create severe psychological and/or physical dependence.” In comparison to other drugs in Schedule I, kratom has relatively few users, so it doesn’t seem to have “a high potential for abuse.”

Most important, Schedule I drugs supposedly have “no currently accepted medical use”, but the DEA itself acknowledged in its statements banning kratom that it has medicinal properties:

(DEA) Kratom has a history of being used as an opium substitute in Southeast Asia. Kratom has also been used to self-treat chronic pain and withdrawal symptoms from opioid use. Especially concerning, reports note users have turned to kratom as a replacement for other opioids, such as heroin. In the United States, kratom is misused to self-treat chronic pain and opioid withdrawal symptoms, with users reporting its effects to be comparable to prescription opioids.

Of course, DEA’s definition of “no accepted medical use” doesn’t mean that people are using the substance successfully for medical purposes like treating pain and overcoming opiate addiction. DEA means that the Food & Drug Administration (FDA) hasn’t approved it for medical use. Because substances don’t have medicinal properties until the FDA says so… like cannabis. 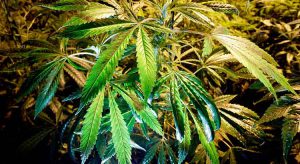 DEA has initiated this emergency scheduling of kratom because of “an imminent hazard to the public safety”. But DEA can only point to fifteen deaths from 2014 to 2016 and 660 poison control calls from 2010 to 2015 nationwide as evidence of this imminent hazard. Kratom advocates refute the first stat, saying that those kratom deaths are confounded by the decedent’s use of alcohol or other drugs, noting thatFive Hour Energy Drink is blamed for 13 deaths in a four-year period. They also note that the average of 9 or 10 poison calls a month across the entire US over six years are far fewer than the calls received for common unscheduled over-the-counter drugs, like the2,516 calls for caffeine overdoses in 2013 alone. 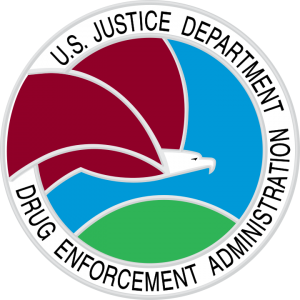 But don’t expect that argument to resonate with the DEA, as we’ve learned from decades of pointing out cannabis’ medical utility and relative safety compared to drugs it replaces. ”What message are you saying when you say this drug is less dangerous than that drug?” asked DEA spokesman Melvin Patterson, as if determining the relative danger of drugs isn’t the entire reason the drug scheduling system exists.

DEA’s Patterson even seems to blame medical researchers for not studying kratom before it hit Schedule I. “Shame on everyone who wasn’t researching it before. Now you start hearing the stories about how it’s benefiting someone suffering from arthritis,” he says. “If someone can find a medical use by it, by all means, we’re in favor of it.” 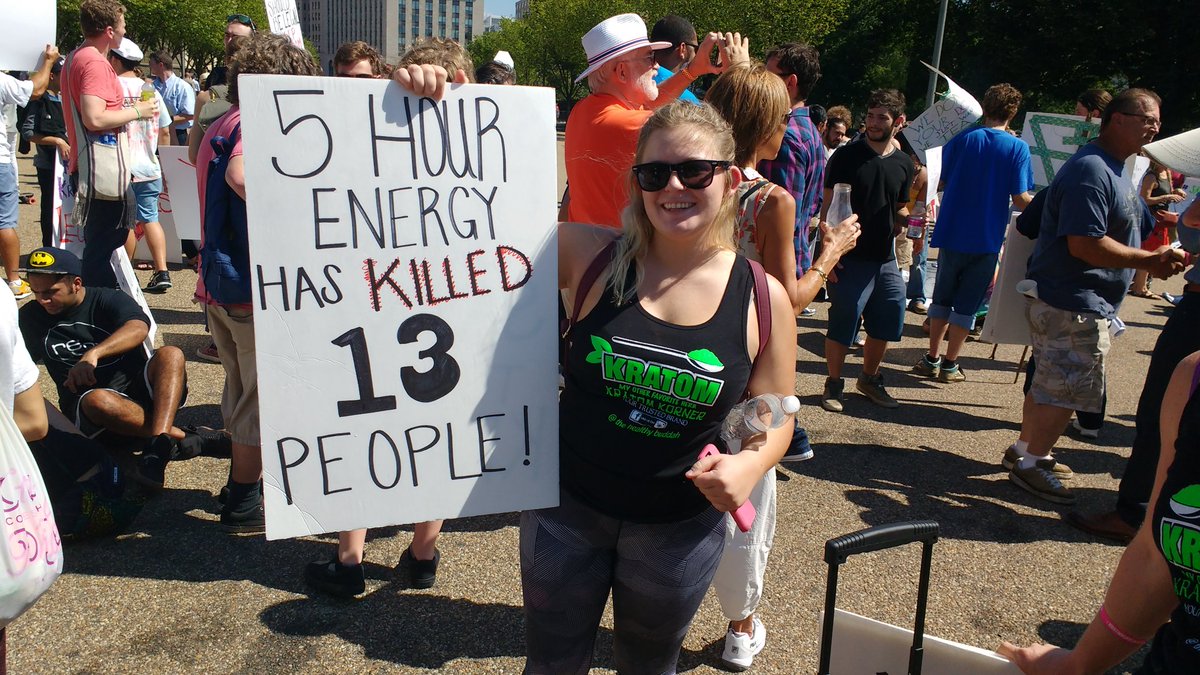 So on Tuesday, a hundreds of someones from all over the country who have found a medical use for kratom protested in front of the White House. US News & World Report spoke to many of them.

(US News) “If they don’t have insurance and can’t afford medications, they find a cheaper alternative in kratom,” said one store owner who drove down from Maine.

“Kratom saved me, I was a bad heroin addict,” said one man who drove up from North Carolina.

A high school teacher from Virginia told how he uses kratom tea to deal with painful arthritis, ”just enough to take the edge off so I can get through my day standing,” because his prescribed pain killers were too strong and addictive.

Another store owner in Colorado swears his kratom use has steered him away from his alcoholism.

A major kratom distributor explained how his 70-year-old Mormon father in Utah uses kratom. ”He felt foggy, lethargic and all he wanted to do was sit around the house,” he says. “[But] now he’s swimming, he’s joined the health club, he’s gardening again. His whole life has changed.”

Now, the Washington Post is reporting that the DEA received a “surprising number of comments” following their ban of kratom. The very same DEA Spokesperson Melvin Patterson who earlier this week was dismissing the people who claimed it was helping them seems to have changed his tune:

(Washington Post) The ban would automatically sunset after two years unless the DEA acts, and spokesman Melvin Patterson said he could see the agency moving kratom from the highly restrictive Schedule 1 to the less-restrictive Schedules 3 to 5, reserved for minimally addictive drugs with accepted medicinal use.

“I don’t see it being Schedule 2 [or higher] because that would be a drug that’s highly addictive,” he said. ”Kratom’s at a point where it needs to be recognized as medicine. I think that we are going to find out that probably  it does.”

He cautioned that research would be necessary to know for sure how to best regulate the drug, and it’s safest to put kratom on Schedule 1 in the meantime. Still, Patterson noted that public response to the ban has been overwhelming.

The DEA’s actions have nothing to do with protecting the safety of drug users and everything to do with protecting the profits of drug companies. Kratom’s problem, like cannabis’, is that it’s an herb that lacks a doctor to prescribe it, a pharmacist to dispense it, an insurance company to pay for it, and a patent, a bar code, and a hefty price markup for a pharmaceutical company.