As former president George W. Bush observed over a decade ago, “Tribal sovereignty means that. It’s sovereign. You’re a … you’re a … you’ve been given sovereignty and you’re viewed as a sovereign entity.” Bush’s humorous tautology aside, there are 566 federally recognized Indian Nations located within two-thirds of the United States and they are all subject to their own tribal laws and government. Alaska is home to the most native people, with 229 nations within its great expanse; the remaining 337 nations are located in 33 other states, according to the National Congress of American Indians (NCAI).

As Colorado and Washington were implementing legalization by voter initiative, the federal government was pressured for a response. Would the feds just allow this state insurrection against federal drug laws to stand? The answer was yes, delivered in a Department of Justice (DOJ) memo from Deputy Attorney General James M. Cole, dated August 29, 2013. What is now known as the Cole Memo (http://rad-r.us/ColeMemo), the feds laid out eight priorities to US Attorneys regarding the enforcement of federal drug laws in newly-legalized-marijuana states. The feds want to see that the states’ legalization enforcement will work to prevent:

• the distribution of marijuana to minors;
• revenue from the sale of marijuana from going to criminal enterprises, gangs and cartels;
• the diversion of marijuana from states where it is legal under state law in some form to other states;
• state-authorized marijuana activity from being used as a cover or pretext for the trafficking of other illegal drugs or other illegal activity;
• violence and the use of firearms in the cultivation and distribution of marijuana
• drugged driving and the exacerbation of other adverse public health consequences associated with marijuana use;
• growing of marijuana on public lands and the attendant public safety and environmental dangers posed by marijuana production on public lands;
• preventing marijuana possession or use on federal property.

This brought up the question about tribal sovereignty — if states are given the leeway to legalize marijuana, why not the sovereign Indian tribes? The response was another DOJ Memo from Monty Wilkinson, Director for the Executive Office for U.S. Attorneys. In what should be better known as the Wilkinson Memo (http://rad-r.us/WilkMemo), the director writes, “The eight priorities in the Cole Memorandum will guide United States Attorneys’ marijuana enforcement efforts in Indian Country, including in the event that sovereign Indian Nations seek to legalize the cultivation or use of marijuana in Indian Country.”

That Indian Country he’s referring to is comprised of over 156,000 square miles of land on 334 reservations and land trusts, which is larger than any state but Alaska, Texas, and California. That Indian Country sitting within the continental United States is over 87,000 square miles, or larger than Minnesota. But most importantly, this isn’t one state that could legalize marijuana, this is many tribes that could legalize marijuana within 34 of the states, including many deep-red states like Oklahoma that are unlikely to end marijuana prohibition any time soon.

The Next “Indian Casino”?

In the 1976, a Supreme Court ruling in a Minnesota case called Bryan v. Itasca County found that while the US states had jurisdiction over criminal laws on tribal lands — a tribe can’t make assault or bribery legal, for instance — the states had no jurisdiction over civil regulatory laws. From that point, many tribes began offering games of chance (gaming or gambling) on their reservations in the form of bingo parlors and card clubs.

One of these tribes, the Cabazon Band of Mission Indians in Southern California, had their gaming operations shut down by the state. The Cabazon sued, and in 1987, the Supreme Court side with them, ruling that California gaming laws weren’t criminal laws, but civil regulations. That opened the floodgates to any tribe that wanted to start building large gaming operations, and by 1988, the Indian gaming industry was grossing over $110 million annually.

Congress responded with a law signed by President Ronald Reagan in 1988 called the Indian Gaming Regulatory Act (IGRA). It codified gaming into three classes: traditional Indian gaming not subject to the law, bingo and card games allowed in any state that allows any kind of gaming (all but Hawaii and Utah), and casino gaming subject to state law and federal approval. Since passage of the IGRA, Indian gaming has expanded to, according to NCAI, “nearly 240 tribes across 28 states [that] operated 420 gaming establishments representing a $27 billion industry.”

Despite the infusion of jobs and economy provided by gaming, the need for economic development among the tribes is still desperate. Nearly 2 in 5 Native people on reservations live in poverty and nearly 1 in 5 are unemployed. While less than 1 percent of Americans overall lack plumbing and kitchen in their homes, between 7 and 8 percent of Native homes on reservations lack those facilities. Almost 1 in 5 tribal homes lack a telephone. However, before significant investment in Indian gaming, those statistics were twice as bad or worse! Could Native American hemp fields, cannabis gardens, and marijuana shops become the next economic engine to help pull Native Americans out of poverty?

The one glaring difference between Indian gaming and the potential for Indian marijuana is that the federal government has legalized certain forms of gambling. Marijuana remains a federally-prohibited Schedule I controlled substance, illegal even in the states that have legalized it. The Cole and Wilkinson Memos are just that, memos, and provide no protection from prosecution. They are merely guidance to US Attorneys who are free to ignore them. The next president to take office in 2017 could rescind those memos on his very first day.

Brian L. Pierson, an attorney specializing in issues of tribal sovereignty, also notes that even under the Cole and Wilkinson memos, a tribal marijuana store in a non-legal marijuana state could trigger federal intervention, since that might run afoul of the Cole Memo’s requirement to prevent distribution of marijuana to prohibition states.

There are other considerations that would also allow the states to go after tribally-legal marijuana. Generally, tribal governments enforce criminal laws against member of their tribe, while non-Indians are dealt with by state government. Six states (Alaska, California, Minnesota, Nebraska, Oregon and Wisconsin) are entitled by federal law to enforce state law against Indians, and other states in certain circumstances have this authority as well.

Furthermore, as noted, the state retains its authority to prosecute non-Indians for violating state law. As Pierson writes, “This raises interesting questions relating to the state’s enforcement priorities and options. Will state law enforcement officers have probable cause to make stops of non-members who make short reservation visits consistent with a drug buy, or perhaps make pre-textual stops in order to conduct searches? If a Tribe permits the consumption of marijuana on the reservation, will this create a risk of ‘drugged driving,’ triggering not only state enforcement efforts but also the DOJ’s sixth enforcement priority? … Tribes’ best chance of success may involve an accommodation with state authorities where the tribal enterprise does not unduly conflict with existing state enforcement priorities, e.g., where sales are limited to small amounts that state residents subsequently consume in the privacy of their homes.”

There’s Green in Them Thar Hills!

At the end of February, 75 tribal leaders from across American gathered at the Tulalip Resort Casino on the Tulalip Reservation in Washington State to form the Tribal Cannabis Association. This was a part of the first-ever Tribal Marijuana Conference organized in reaction to the Wilkinson Memo and the meeting halls were packed with Native Americans interested in the possibility of tribally-legal marijuana markets. At the end of March, San Diego hosts a symposium, “Marijuana: The Next Big Thing in Native American Economic Development?” The so-called “green rush” that’s hit Colorado, Washington, Oregon, and Alaska seems primed to hit Indian Country.

The first nation to jump into the fray is the 250-member Pinoleville Pomo Nation in northern California near the city of Ukiah, long known as a center of the famed Emerald Triangle marijuana cultivation economy. A 10,000-square-foot state-of-the art greenhouse is being constructed in cooperation with FoxBarry Farms of Kansas and the United Cannabis Corp (UCANN), of Colorado.  “We have a history of using plants for medicine,” Pomo Tribal Council Vice Chairwoman Angela James told Reuters. “The tribe is seeking economic development, and we’re comfortable with these partners and this product.”

Over 100 tribes have already contacted FoxBarry Farms for consultation on cannabis cultivation. The Torres Martinez Desert Cahuilla Indians of California will begin growing and selling medical marijuana this summer. The Fort Peck Assiniboine and Sioux Tribes of Montana, and the Red Lake Band of Chippewas in Minnesota, have begun studying the feasibility of legalizing marijuana. The Suquamish Tribe in Washington last year notified authorities it was considering the production and sale of marijuana.

But not all tribes are as sanguine about marijuana, with many citing the devastation alcohol and drug abuse has wrought on native communities. The Navajo Nation, which bans alcohol and whose lands would make it the 44th largest US state, passed resolutions against Arizona’s bill to legalize marijuana as well as the Wilkinson Memo, stating “Legalization of marijuana fails to align with the Navajo Nation’s values and traditions.” The Affiliated Tribes of Northwest Indians, representing nearly 50 tribes, passed a resolution last year opposing legalization of marijuana, citing its “threat to the health and safety of all tribes, especially our youth.” Washington State’s Yakama tribe has outlawed marijuana on its 1.2 million acres and wants to ban it on their ancestral lands, too, nullifying Washington’s 2012 legalization in about 1/5th of the state.

Having grown up in Idaho, the time for having a statewide conversation on legalization of marijuana has always hovered between “later” and “never”. But as a young man, I remember visits to the Fort Hall Indian Reservation for purchases you couldn’t make in the rest of Idaho – cheaper gasoline, cheaper cigarettes, functional glass art (what you call a pot pipe in Idaho), casino gambling, and the fun kind of fireworks.

Now imagine Fort Hall, or any Indian reservation in places like Oklahoma, Utah, Kansas, and other pot-hating red states, farming hemp and cultivating cannabis, and selling those products. The resulting flood of in-state and out-of-state traffic from people seeking cheap raw hemp or legal pot highs will overwhelm these mostly-rural local jurisdictions forced to arrest people for marijuana possession, much like Colorado legalization is already overwhelming small towns on the borders with Nebraska, Kansas, and Oklahoma. Red states that are already struggling with decreased revenues and unfunded budgets will watch tribes rake in the money that the state can’t tax. Those states with tribal-legal marijuana will be dragged kicking and screaming into a discussion of marijuana legalization in an economic if-you-can’t-beat-‘em-join’em scenario.

Even the mere threat of marijuana legalization by tribes has stunned pot-hating states. The Poarch Band of Creek Indians is the only recognized tribe in Alabama. They are currently engaged in a lawsuit with the state over their existing gaming operations. In Florida, the Poarch Band of Creek Indians own land on the panhandle near Alabama upon which they wish to build a casino, but Florida has stymied their efforts over whether the tribe is recognized in Florida. To both states, the Creek have issued an ultimatum, let us alone to proceed with our casinos or we’ll start growing pot. 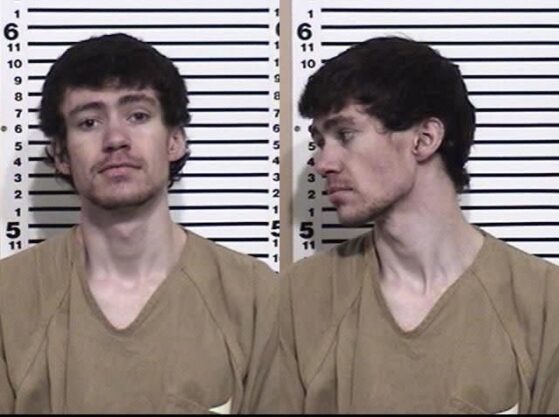 Oops! “Tragedies Happen” When Idaho Cops Kill Homeowner in His Own Yard

Nevada Set For Legalization Vote in 2016