PrevPreviousRIP Cole Memo 2013-2018 (Or: I Told You So, Again)
NextModern-Day Puritan Will Jones Fights Marijuana, Surrenders to AlcoholNext

These days we’ve grown quite used to Attorney General Jeff Sessions’ wistful longing for the good ol’ days of Nancy Reagan and the “Just Say No” 1980s. But it’s not very often we find an elected official pining for the transparent racism of our first drug czar, Harry J. Anslinger, and the “Reefer Madness” hysteria of the 1930s.

Steve Alford is a Kansas Republican who has been serving in the statehouse since 2011. At a meet-and-greet event last Saturday with constituents in Garden City, Kansas, Alford essentially told the all-white crowd of about sixty people that we had to ban marijuana back in the day because black people can’t handle their high.

The Garden City Telegram broke the story on Monday, noting that a local Democratic leader suggested that marijuana legalization could bring some cash flow to the struggling state. Alford explained that we just need to look back to the era following alcohol prohibition to understand why legalization would be a disaster for Kansas.

“Basically, any way you say it, marijuana is an entry drug into the higher drugs,” Alford said, invoking the long-debunked gateway drug theory. “What you really need to do is go back in the ’30s, when they outlawed all types of drugs in Kansas (and) across the United States.”

Then Alford dropped some old school racism. “What was the reason why they did that?” he continued. “One of the reasons why, I hate to say it, was that the African Americans, they were basically users and they basically responded the worst off to those drugs just because of their character makeup, their genetics and that. And so basically what we’re trying to do is we’re trying to do a complete reverse with people not remembering what has happened in the past.”

After the event concluded, the Democratic leader, Zach Worf, president of the Finney County Democrats, told reporters he felt like he’d been transported back in time. Worf told Alford that his comment was “the most racist thing I’ve ever heard.”

Reporters following up on the comments reached Alford, who stood by his remarks while failing to cite any sources for his claims when asked. Alford also tried to walk back his comments by explaining it’s not just black people who have a problem handling drugs, but other groups, too.

“There are certain groups of people, their genetics, the way their makeup is, the chemicals will affect them differently,” Alford said. “That’s what I should have said was drugs affect people differently instead of being more specific.”

On Monday, the Kansas House convened, forcing Alford to face colleagues who were appalled by his naked racism, according to the Topeka Capital-Journal.

Among Democratic lawmakers, condemnation was swift and direct. Sen. Oletha Faust-Goudeau said, “For a sitting state representative to say that, I just can’t believe it. You can’t put everybody into one category.”

Sen. David Haley, a relative of the late Roots-author Alex Haley, stated, “Unfounded stereotypes have been the basis of racist and gender discrimination from inception of our country. Unfounded statements that refer to race are an indictment of small minds.”

Possible gubernatorial candidate and former Wichita mayor Carl Brewer was dumbfounded, saying, “It is hard to believe that in 2018, anyone would support the discredited and racist policies of the Jim Crow era.”

“I’m not going make any more remarks about that,” Alford stated. “Basically, I got called a racist, which I’m really not, and it’s just the way people—the interpretation of people. To me, I’m trying to look at what’s really the best for Kansas.”

Kansas’ government is controlled by Republicans and later Monday, Alford was forced to meet with House Speaker Ron Ryckman and House Majority Leader Don Hineman, neither of whom would commit to any disciplinary action against Alford, such as removing him from his position as chair the state’s Child Welfare System Task Force and the House Committee on Children and Seniors.

Ryckman told the Capital-Journal that “we were really taken aback by the comments, and in no way that represents the view of Kansans or the House and no way those comments reflect the policies that we come up with this session.”

Following his meeting with Republican leadership, Alford issued a written apology in which he explained he wasn’t trying to say that blacks are bad with drugs, but instead that drugs are bad for blacks. Marijuana was criminalized in the 1930s, Alford said, because of “its negative effects on society and more specifically the damaging consequences on the African-American community.“

“I was wrong, I regret my comments, and I sincerely apologize to anyone whom I have hurt,” Alford said, unconvincingly, then doubled down on the gateway theory. “Substance abuse is a blight on our society, and legalizing marijuana only opens the door to harder drugs. I have seen firsthand how drug abuse destroys lives, even within my own family, and I remain committed to fighting the spread of addiction in our state.”

If so, Alford needs to start reading the latest research showing that legal access to marijuana reduces the ravages of opioid addiction on society and stop reading his well-worn copy of Harry J. Anslinger’s Greatest Hits.

Nevada Set For Legalization Vote in 2016 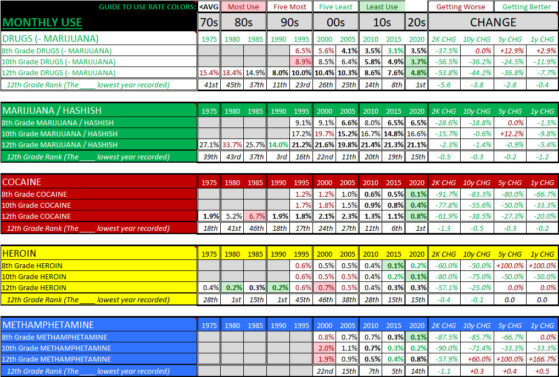