Marijuana is Illegal and You Can Get in Trouble Over It

Marijuana is Illegal and You Can Get in Trouble Over It

But over the past couple of weeks it has become clear to me that some people who jump on the bandwagon to fight for our marijuana rights don’t recognize this plain and simple fact.

So, let’s make it perfectly clear: Except for some states’ laws, marijuana is illegal and you can get in trouble over it.

Lately, the problem has been people who become convinced that their special use of marijuana isn’t illegal, who then get busted and extremely angry that they have been.

Take, for instance, the well-meaning people who believe deeply that cannabis use is a spiritual sacrament ordained by their Creator and protected by both the First Amendment to the Constitution and the 1993 Religious Freedom Restoration Act.

What happens is that somebody sets up a pot church. Then they start charging money, in the form of memberships or paperwork or tithes, to the members of the church who are getting their pot from it. Sometimes they charge money to church members for the privilege of opening up another pot church.

Eventually, law enforcement gets involved, churches get raided, people get indicted, and everyone turns on each other, angry that the promises that everything was legal and constitutionally protected have turned into protracted court battles they end up losing, because the case law on cannabis as a sacrament is fairly-well settled.

(Basically, the courts have ruled that other drugs as sacraments are OK, because few people use them, those who do use them rarely and ceremoniously, and they are easily identifiable to cops, but pot as a sacrament is not OK, because so many people use it all the time who aren’t religious users that separating the two would be impossible for law enforcement… in other words, your God’s sacrament is too popular to be holy.)

Another instance arises when well-meaning people are taken in by the legal theory that since cannabidiol isn’t specifically listed in the Controlled Substances Act and since the Farm Bill protects industrial hemp production, then CBD oil derived from hemp is “legal in all 50 states.”

There is no way cannabidiol ought to be on the Controlled Substances Act list of Schedule I drugs. The only problem is that it is.

What happens is that somebody sets up a CBD shop. Then they start selling these products infused with cannabidiol to people in desperate need of medical relief. Sometimes the products are distributed in a multi-level-marketing (think: Amway) format where CBD sellers benefit from minting new CBD sellers.

Eventually, law enforcement gets involved, shops get raided, people get indicted, and everyone turns on each other, angry that the promises that everything was legal and statutorily protected have turned into protracted court battles they end up losing, because the case law on the illegality of cannabidiol is fairly-well settled.

You should not interpret this rant as a call for people to cease civil disobedience in their pursuit of liberty.

But don’t convince yourself that getting involved with marijuana isn’t without legal risk, especially if money is also involved, and especially if you’re going to be very public about it. Be honest with your patrons and yourself about the potential for law enforcement consequences.

Maybe I’m cynical about the people who get busted making money on harebrained “legal” marijuana schemes because I’ve worked with at least five moms now who have put their entire families on the line for no financial compensation to fight for their rights to use cannabis and be parents. In every one of those cases, they temporarily lost custody of their children because they publicly stood up for what’s right.

These women, however, didn’t back down when their kids were taken and start lashing out at the people on their side. They doubled down and went even more public about the way the courts were using their political beliefs to deny their parental rights. They knew the risk of speaking out was law enforcement attention and court disapproval and possibly separation from their kids, but they accepted responsibility for their decision and stuck to it.

Each one of those moms I’ve worked with is now raising their kids.

Marijuana-For-PTSD Researcher Up For $2M Grant

Is Minnesota Ready to Legalize Pot 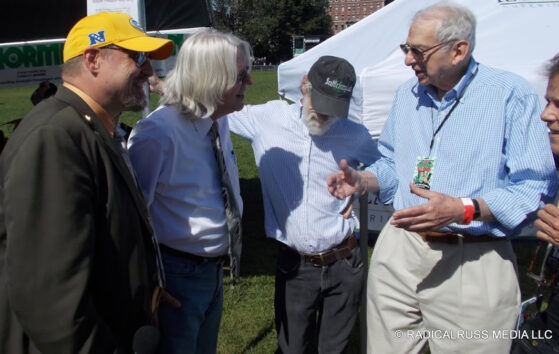 Marijuana Activists Who Died in 2020