Minnesota Governor Mark Dayton signed into law the nation’s first medical marijuana bill that forbids patients any access to the actual marijuana plant. Registered patients in the Minnesota program will only be allowed to access pills, vaporized oil, and oil extracts from cannabis plants and smoking cannabis is strictly forbidden – not that patients can get any bud to smoke, anyway.

That has drawn the ire of many patients who had lobbied at the capitol for medical marijuana who now say the program will not meet their needs. “I think I’m going to have to stick with my current arrangement,” a patient named Patrick McClellan told the Minneapolis Star-Tribune. Patrick currently used cannabis buds he purchases illegally for vaporization to treat his muscular dystrophy pain. He fears that being forced to use hash oil instead of bud would be too potent of a treatment. “I would get stoned out of my mind,” he complained. “Patients don’t want to be high. We just want to treat our symptoms.”

That’s enough to persuade McClellan and other patients who were fixtures at the statehouse, even lobbying the governor personally for medical marijuana, to refuse to sign up for the program. “If I were to get into this program, and I get the oil and it’s way too powerful and then I decide to go back to leaf, I could be prosecuted,” McClellan said.

Minnesota’s Governor is bragging about how his law will create the tightest, most restrictive medical marijuana program in the nation. Gov. Dayton would not sign any bill unless he felt it had the support of law enforcement, which was adamantly opposed to allowing any access to the marijuana plant by patients. “I pray it will bring to the victims of ravaging illnesses the relief they are hoping for,” Gov. Dayton said in a written statement.

Those victims will be forced to seek non-plant forms of relief from just eight dispensaries in this state encompassing almost 87,000 square miles, the 12th largest state in America. The program expects to have cannabis products available from its two licensed manufacturers in mid-2015. Patients may qualify only with the following conditions: 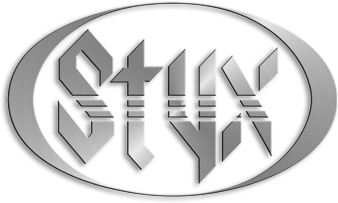 Styx Should Be in the Rock & Roll Hall of Fame

The Ways Easter and 420 Are Different