No Medicated Candy at Oregon Dispensaries

No Medicated Candy at Oregon Dispensaries? Do Something About It!

The Oregon Health Authority has passed a draft rule that would ban the sale of any cannabis edible “manufactured in a form that resembles cake-like products, cookies, candy, or gum, or that otherwise may be attractive to minors because of its shape, color, or taste.” That’s right, no pot brownies at Oregon dispensaries!

If you think that’s a ridiculous rule, you need to make your voice heard! Email medmj.dispensaries@state.or.us for public comment, like I did below. Feel free to crib anything you like from my letter. –”R”R

I am writing to urge you to reconsider the ban on certain medicated edibles in Oregon’s newly legalized medical marijuana dispensaries. Simply put, the intent of the ban will not only fail, it will exacerbate the problem it is designed to address, namely, the access to and abuse of cannabis medications by youngsters.

Nobody in the medical marijuana community wants children knowingly or unknowingly ingesting powerful cannabis medications. Rulemakers were no doubt alarmed by tales of kids visiting emergency rooms in Colorado, having succumbed to an over dosage of cannabis. However, it is the regulation of cannabis edibles, not a ban, that will have the best chance at protecting those children.

While we passed a medical marijuana dispensary bill and now this flawed rule, there are two laws the legislature and the Oregon Health Authority cannot touch: The Law of Supply & Demand and The Law of Unintended Consequences.

Banning medicated edibles in cake, cookie, candy, and gum form is not going to end the adult demand for those items. As many patients can tell you, marijuana is not yet “treated like other medicines” as was intended in 1998′s Measure 67. There are many places patients cannot relieve their pain, spasticity, seizures, nausea, or other conditions because marijuana cannot be smoked or vaporized in those places. Technically, marijuana isn’t even supposed to be seen by the public. So patients rely on a medicated cookie or lozenge to get them by when they’re in a public space for long periods of time where inhaled cannabis isn’t an option.

So there will remain a demand for medicated treats and as the failed prohibition on marijuana generally has taught us, when there is a demand, someone will step up with the supply. But instead of those sweet treats being manufactured in a regulated kitchen, with preparation done by folks with food handler permits, with the final product wrapped in an opaque, childproof container labeled clearly as a medicated product with exact measurements of THC and other cannabinoids, sweet treats will be made in a hundred home kitchens with varying standards of quality and safety, where kids may be living, with the final product wrapped in nondescript wax paper.

Which would you rather your child found – the brownie in a childproof opaque container labeled “WARNING: CANNABIS MEDICINE 100mg THC”, or the brownie wrapped up in a wax paper with a rubber band?

Then there are the unintended consequences. Isn’t one of the complaints about medical marijuana that “no medicine is smoked”? So why dis-incentivize patients from using medibles by insisting the products only be bland and non-sweet? When recreational pot shops open in Vancouver, don’t you think there will be plenty of medicated candies for sale there? So why incentivize interstate trafficking by patients seeking a brownie? Aren’t we trying to bring regulation and taxation to medical marijuana? So why create a new niche for a black marketeer with a kitchen and plenty of newly-legal access to dispensary marijuana to prepare candies from?

Thank you for taking the time to reconsider this very flawed rule. 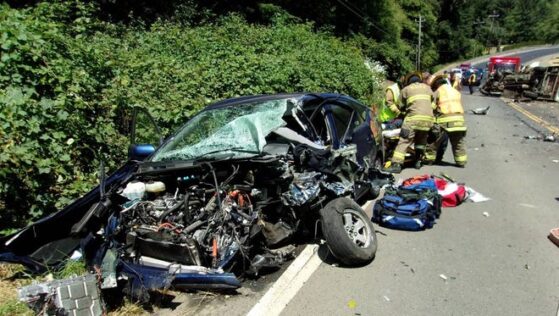 US and Canadian Securities Watchdogs Warn About Marijuana Stocks

No on I-502 Flashback Part 3: It’s a Trick to Make More Marijuana Arrests