Nothing gets my Facebook page roiling these days like stating the simple fact that cannabidiol is a Schedule I controlled substance under federal law and illegal under most state laws.

If It’s Legal, Why Did We Pass Those CBD Oil Laws?

“But our CBD oil is produced from hemp, so it is legal in all fifty states!” comes the inevitable reply, sometimes with colorful language expressing the commenter’s opinion of my intellect.

I’ve run down the legalese before. I’ve shown readers in plain language how cannabidiol and all cannabinoids derived from the resins of cannabis plants are quite clearly considered illegal drugs by the DEA.

“But our CBD oil is extracted from the stalks of hemp plants, so it is legal in all fifty states!”

I’ve run down the botany before. I’ve shown readers the scientific studies declaring that nothing but trace amounts of cannabinoids are found in the stalk, and most of that is found in resin sticking to the stalk, and anything that comes from resin is illegal.

Maybe all the legal and scientific jargon are too much to wade through. If so, then just apply some common sense.

If CBD from hemp were already legal in all fifty states, why did sixteen states go through the trouble of passing CBD oil laws for epileptic kids?

If CBD from hemp were already legal federally, why are there three bills proposed in the federal congress to remove CBD from the Controlled Substances Act?

I don’t care if you want to buy some CBD oil on the internet from somebody who’s charging you an arm and a leg for it. I don’t care if companies want to sell you that CBD oil in defiance of prohibition.

I do care, though, when for-profit companies falsely entice their customers into breaking laws without their informed consent.

If It’s Legal, Then Why Are These People Busted?

Real people are being busted for this allegedly “legal in all fifty states” cannabidiol oil, facing real consequences they and their families were unaware of, thanks to this non-stop proselytizing-for-profit of the false gospel of legal hemp CBD.

“The owner of Tobacco Depot stores in Alexander and Watford City is now facing up to 40 years in prison,” reads the first line of a story in Bismarck, North Dakota Wednesday. “[The owner] says he’s spoken to all of the companies that sold him the products tested, and they are all outraged over the process and have told him the products were legal for sale, and they will help him in the legal process.”

It’s hard to blame the guy. Just two weeks earlier, Bismarck’s news station proclaimed that CBD oil is “sold in all 50 states and has some of the same effects as medical marijuana” and “anyone can use it.” They interviewed another store owner who explained that the CBD oil “is from the hemp plant… that makes it legal for us to sell it.”

And who could blame them? As the Texas media reported it, “According to a recent press release put out by the Texas Hemp Industries Association, ‘Cannabidiol derived from a legal industrial hemp plant is an essential oil, like lavender or peppermint, and is not subject to the regulation established by the Texas Compassionate Use Act.’”

“A drug task force raided a downtown Edwardsville shop suspected of selling cannabis oils,” reads a story from Illinois Thursday. “Officers reported purchasing cannabidiol edibles and oil.” Nobody has been charged yet, but “police found 63 containers of products, such as Relax CBD Syrup,” which suggests they could be facing a three-year mandatory minimum sentence in state prison.

“I Bought It on The Internet” Does Not Equal “Legal”

Even in states where the cultivation and use of marijuana, chock full of CBD and THC, is legal for adults, you can get busted over CBD oil if you cross state borders with it or fail to adhere to state regulations on it.

In my home state of Oregon, a Brookings man this month “allegedly tried to ship marijuana products to his sister in California who is battling cancer.” Police seized the shipment, which the man protested, because “CBDs and terpenes are legal in all 50 states.”

The same goes for Taunton, Massachusetts, where “two detectives came in late Tuesday morning to inform [a convenience store owner] that it’s still not legal to sell ingestible products containing either the intoxicating element THC or cannabidiol, also known as CBD.”

Even where I’m writing this in Alaska, “enforcement officers seized items from several stores in the state that contained cannabidiol oil” in Wasila back in February.

Maybe the companies and associations shilling for the legal hemp oil fantasy will devote serious money and legal resources to defend all these families who believed their mistaken legal interpretation. It would be great if they won, but they won’t, because the law is clear. Will they really want to spend the money to go up against the prosecutor’s enormous resources and risk a decision affirming CBD’s illegality that would be terrible for sales?

I think prohibition of cannabis in all forms is unconstitutional under the 9th Amendment. But I’m not going to sell you some marijuana products in Idaho at highly-inflated prices and tell you it’s legal in all fifty states because I have a novel legal theory. As it stands today, cannabidiol is illegal federally and in most states. Even in states with medical and CBD laws, cannabidiol possession is strictly regulated and usually not for sale or manufacture.

Break those laws if you wish, but don’t fool yourself into believing your CBD dealer’s promise that it’s all legal. 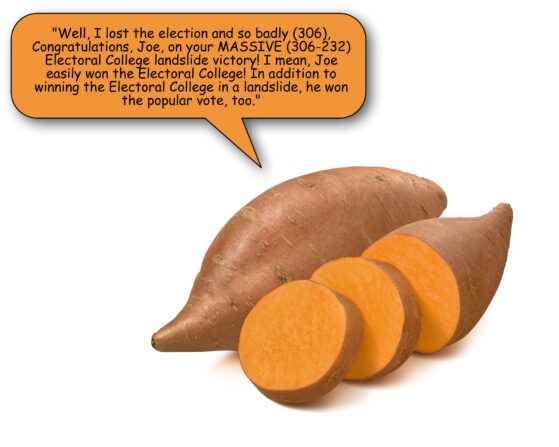