The Message The Kids Got About Marijuana

PrevPreviousThe UK Cannabis Social Clubs Are Leading the Charge for Legalisation
NextSessions’ DOJ Really Wants to Bust Some Potheads… But Will They?Next

The Message the Kids Got About Marijuana

How wrong does must someone be, time and time again, before they are no longer considered an expert on a subject by the media?

There are numerous examples of TV talking heads who keep being elevated to pundit status despite being obviously, repeatedly, terribly wrong about economic, political, and social trends. Think about the screaming finance guys who completely missed the housing bubble and resulting Great Recession. Or the military experts who swore there were weapons of mass destruction in Iraq and we’d be in and out in a six-month war that would pay for itself. Or the babbling Biblical literalists who prophesied an apocalypse if we allowed gay people to marry (wait, Trump’s president – I’d better hedge my bet on this one).

But none are so colossally wrong with no consequence to their incessant media bookings as the marijuana prohibitionists. Despite being proven obviously, repeatedly, terribly wrong by five years of marijuana legalization and twenty years of medical cannabis access, they keep showing up on the TV, spouting some newly-fabricated fake outrage about legalization, never held to account by the media for their past failed predictions.

“What kind of message would marijuana legalization send to the children?” the prohibitionists asked the public. For decades, we’d hear from drug czars and addiction counselors and child experts on our TV who told us that legalization would make it seem like society approved of it. More kids would want to use marijuana and it would be easier for them to get some once it was legalized. The results would be increased marijuana use by more kids at younger ages.

This national survey has been conducted in its current form since 2002. Back then, 20.6 percent of teens had tried marijuana, 15.8 percent used last year, and 8.2 percent used last month. In the current century, these figures for marijuana use by teens are the lowest that have been recorded.

Why are fewer kids using marijuana these days? Because it is lame!

I don’t mean that marijuana is lame because it doesn’t get you high or have medical benefits. It’s lame to kids these days because it’s now cool to their parents. Smoking a joint these days is as hip and rebellious to teenagers as mom’s glass of chardonnay and dad’s Mötley Crüe playlist.

These teens are using marijuana less even though they fear it less.

That shouldn’t be surprising, considering that around 2002 we were telling teens their marijuana use helped terrorists to kill innocent families and might make them shoot their friends. For today’s high school senior, there have always been multiple medical marijuana states, as well as legalized states since they were freshmen.

Asked in 2002 if it would be easy or fairly easy to score some pot, 55 percent said yes.

I’ve never understood why prohibitionists thought that selling marijuana in adults-only stores that check identification would somehow make it easier for teens to get marijuana. Kids who are smoking pot already have their hook-up. The more legal opportunities exist to sell marijuana, the fewer dealers will take the unnecessary risk of selling to kids.

Finally, when teens do take up marijuana use, they are waiting until they are older.

What more evidence do the prohibitionists need to prove that if you care about the children, maintaining the status quo is unacceptable? Only legalization of marijuana can reduce the harms from marijuana and better protect our teens. 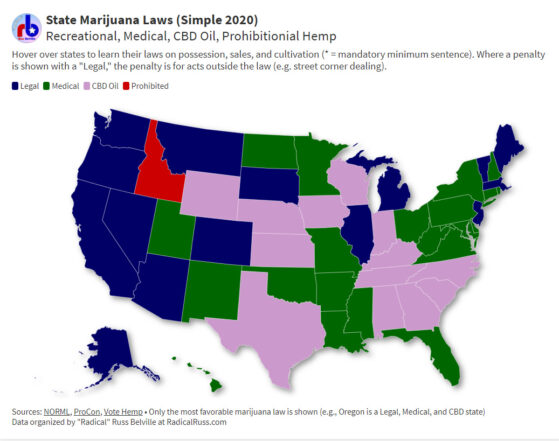