PrevPreviousHow The Media Demonizes Marijuana
NextMarijuana Consumers Becoming Legal, But Not Yet FreeNext

I’m still recovering from the events of early yesterday morning as marijuana possession and cultivation became legal for all adults at midnight, July 1, in my home state of Oregon. I was one of thousands who gathered on the Burnside Bridge, the major arterial avenue into downtown Portland that cuts the city into north, south, east, and west quadrants as it crosses the Willamette River.

Throughout the day I had given numerous television, radio, online, and newspaper interviews in my position as the Executive Director of Portland NORML. I told everyone that I’d be bringing my own legal ounce of marijuana to share with others and that other people would be bringing marijuana to share, including a few medical marijuana patients I know who are still legally entitled to carry a pound and a half in public.

At 9pm, I met with Keegan Hamilton, a reporter from VICE News, outside of the downtown Portland club Dante’s. As we sat there talking, Porkchop, a disabled veteran in a wheelchair, was canvassing the streets with a bullhorn, telling everyone he’d be giving away 420 pounds of medical marijuana at midnight on the Burnside Bridge. He’d been telling people that as a guest on my radio show as well. Already there were people gathering on the bridge, waiting to be the first in line.

At 10pm I had to go inside Dante’s, as I was a guest on the late night live comedy show performed there called “Who’s the Ross? starring Aaron Ross”. That went on until about 11:20pm, after which I and some other members of the Portland NORML board made our way to the bridge.

The mass of humanity on that bridge was staggering. The line filled the sidewalk and spilled into the bike lanes and occasionally blocked lanes of westbound traffic. It extended over the entire length of the bridge and blocks beyond. It took one of our news stations 81 seconds to film the entire line as they drove past it. I was shocked, overwhelmed, excited, and very nervous about the crowd. I just had my ounce of joints to share and our board brought their ounces. I hoped other people brought theirs to share and, most important, that Porkchop had at least the 1.5 pounds medical patients are allowed to legally carry.

I was at the head of the line on the west end of the bridge, below the iconic “white stag” sign that beams “Portland Oregon” in the outline of our state in bright lights for visitors entering the city on Burnside. My whole intent in setting up the event was to get that selfie at the moment of midnight. The minutes ticked by and I led a countdown to the end of our criminality in the state of Oregon.

Fortunately, I was not the only person to bring weed. Everywhere I looked, people were handing out joints, starter plants, seeds, and loose marijuana. Clouds of smoke billowed across the bridge as everyone who could toked in celebration. Despite the huge crowd, we saw no visible police presence aside from a cruiser or two that drove down the bridge checking us out. No phalanxes of riot police waiting with tear gas or pepper spray — I guess it’s a good thing we were celebrating legalization and not protesting the shooting of an unarmed black man by police.

But there were complaints. After midnight, Porkchop ended up near my side with his megaphone, claiming now to be giving away a thousand pounds of weed. I shut him down and sent him away to where he said the give-away would be happening, the Fresh Buds Dispensary, where he’d said he’d have a tent set up for the event. I began telling the remaining crowd that all the weed we had to give away was already shared and that folks should follow Porkchop to Fresh Buds for his give-away.

I went home to write up a press release and get some sleep at around 1:30am. There were still hundreds of people milling about on the bridge. I awoke the next morning to phone messages from the owner of Fresh Buds. It turns out that Porkchop had never turned up at Fresh Buds, he had never set up a tent there, and Fresh Buds had no idea there would be hundreds of people surrounding their dispensary at 2am. The owner, in a panic and wanting to avoid a riot, ended up giving out about a pound of marijuana to the people there. I’ll be reimbursing the owner for his trouble. As far as I know, Porkchop never gave away a single gram.

Today I’m putting out fires online from people complaining that there was no 420 pounds of weed given away, explaining to them that Portland NORML had never promised that and they should take it up with Porkchop. But overall, I think most people’s experience at the #BurnsideBurn was a positive one, and I thank all the people and organizations who did keep their word to bring marijuana to share. I’m also thankful there were no arrests, no citations, no accidents, no injuries, and no problems on the bridge, and I’ve learned a very valuable lesson in no longer taking some people at their word. 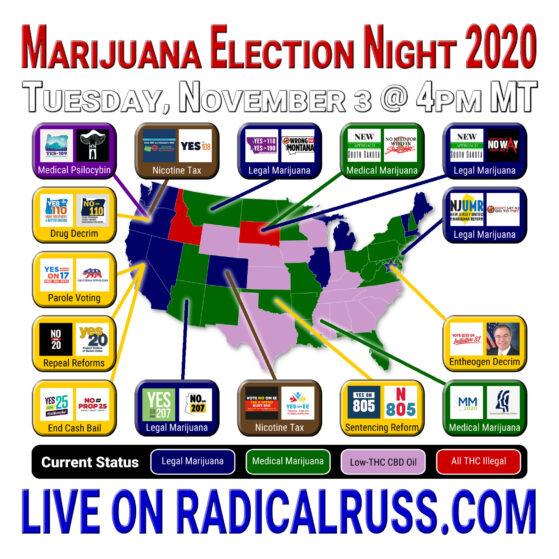